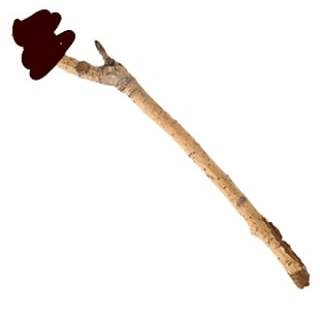 A friend messaged me this morning very upset. She had her son in January and when he was a few months old, we all went into lockdown. She had been socially distancing since February as we had no idea how Covid affected babies. She was furious in her message.

The message she sent contained a link to a lovely government statement to the recent enquiry as to whether women and birthing people should be entitled to an extra 3 months of maternity leave to make up for missing out due to Covid-19 and lockdown.

It had been rejected. And in such wonderfully patronising words.

In context, my friend has not been able to attend ANY mother and baby groups. Her son has not met any other babies. Having a family filled with asthma sufferers and being anxious about not passing it on, she and her husband struggled along with a new baby in a 2 bed flat with him working from home. She met no-one. No 3am whats app groups on sleep or poo or even to moan about how tired she is, no mum chats over coffee and cake. She couldn’t see her own mum for 9 weeks. There was no access to face to face mental health support, little medical support, little or no breastfeeding support. Having listed this I am so thankful she didn’t have post natal depression.

Sound familiar? Many people will be nodding along to this remembering those ‘good old days’.

So it was a huge blow when she received this news. What I am calling ‘The Shitty Stick’. Maybe having a few more months would mean she could have time with her son out and about more? Experience a more ‘normal’ maternity leave and have time to enjoy her child for a while without the permanent shadow of Covid over her. No. Denied.

The report states “There are a number of reasons for this, the most pertinent of which is that we still believe that the current arrangements for Maternity Leave and Pay are sufficiently generous to cater for a wide variety of circumstances that expectant and new mothers may find themselves in—including during lockdown.”

Now, according to The Independent:

“The UK ranked in the bottom 10 of the worst countries for maternity leave, at 34th in the table, offering just six weeks’ parental leave at 90 per cent of pay and 33 weeks at a lower rate“.

Generous would not be the words I would be using. Pregnant women or new mothers are more likely to be made redundant or lose their jobs according to the Equality and Human Rights Commission during this recent crisis. Luckily a new bill offering enhanced protection for pregnant people is underway (see here for help), but protection for new parents returning from maternity leave is still sketchy. As someone who was constructively dismissed from a job when I dared to ask to return part time post baby, this is worrying. Legislation is flabby at best. How many new parents will lose their jobs after this crisis?

And as Brexit develops IT WILL GET WORSE. They will slowly, insidiously erode your rights as a women or birthing person because you do NOT MAKE ENOUGH MONEY TO MATTER.

I had my son in July. I took early maternity leave as the flimsy government guidelines meant I was deeply unhappy about working in a GPs surgery but they had no obligation to put me on furlough. I didn’t want to fight or even ask. This was easier. However, I will have lost time with my son the other end of my mat leave unless I take a significant chunk of time unpaid.

I will not be alone. The absolute lack of action from the government (and to be fair the non committal advice from the Royal College of Obstetrics and Gynaecology) gave pregnant people little or no amo to contest their safety in the workplace and to request furlough. If I back down…how many more people are in the same position.

The epic charity Pregnant then Screwed are already sueing the Government who astoundingly wish to claim it is lawful to treat maternity related leave as being no different to a period of reduced or no trading for any other reason, such as ill-health or to go on holiday.

This is not just about this issue at hand. Maybe you are thinking, ‘why should I care, I never want kids’. Well…these are just stepping stones to eroding women’s rights (I say women as a simple term for ANYONE who identifies female for simplicity). Starting small with a group who are vulnerable and cannot fight back is a classic way to start enfringing on wider human rights. These things start ‘small’.

You can write to your MP and contest all of the above.

You know where they can put that stick? Yeah. You know.

Be a Clever Cnt people.