Statistically on average 1 in 5 pregnancies end in miscarriage.

The risk gets higher the older you get – this is thought to be due to an older egg reserve and genetic factors but as many women who have had a miscarriage can attain, no-one really has a straight answer a lot of the time.

This is frustrating but thanks to charities like Tommy’s and The Miscarriage Association people are discussing them more and more and research is being done to get some answers.

Early miscarriages can happen before you even pee on a stick. In fact, it is thought that they used to happen quite a lot but were undetected- for most of our mums or grandmothers pregnancy tests were EXPENSIVE. You can pick up a pack of 3 tests from Poundland for a quid today; back then they were £10 for one (and that tenner went a lot further back then).

Now we test as soon as our periods are due, if not before so of course, we pick these things up as soon as they’re on the radar.

These missed pregnancies are named Chemical Pregnancies, an expression I personally loathe. It means a pregnancy which is lost before it has properly implanted. And it still sucks.

Other terms you may hear are Missed Miscarriage (or MMC in acronym terms) which means you don’t realise you have had a miscarriage until your first scan, a Molar pregnancy which is a bundle of cells, not a growing baby that have formed in your womb and often need to be removed with a D&C (see below), a Blighted Ovum is when the sack develops without a fetus inside it, an Incomplete miscarriage where most of the material has come out but not all of it (some of this will need to be removed using a D&C (Dilation and Curettage). Sadly most of these are found during an early scan or at the 12 week scan.

A threatened miscarriage refers to any bleeding occurring during early pregnancy and is usually the term your GP will use when you ring them.

The choices of management if you have a missed miscarriage is often a chemical abortion, waiting for the miscarriage to happen naturally or a D&C. All have their downsides. A chemical abortion will mean taking pills to cause the womb to ‘rid’ itself of the fetus. It can cause wonky cycles for a few months after the procedure. A D&C can cause scarring inside the womb. You can also chose to take no action and allow the body to terminate the pregnancy itself.

Basically the whole thing is totally shit. I cannot over estimate how shit it is.

So why do they happen? Here are some of the most common causes:

Basically the DNA isn’t right. Something in the building blocks of the sperm, the egg or both just doesn’t add up to a baby or has added up to more than is needed to make a baby. The body doesn’t like this and will reject it.

Around two thirds of first trimester (first three months of pregnancy) miscarriages will be due to this.

If a woman has three miscarriages in a row her GP will refer her and her husband to a fertility clinic for chromosomal testing.

Too much booze, fags or drugs. This isn’t rocket science but sadly it can lead to miscarriage. I’m talking excess here. Still, if you’re pregnant, put all three of these items down please.

An abnormally shaped uterus, fibroids, divided uterus and the cervix being unable to provide a ‘plug’ for the growing fetus can also lead to miscarriage.

Others include food poisoning, infection and taking medication which can affect a pregnancy.

This doesn’t mean we need to live like nuns while pregnant. Most of these things are simple bad luck. The NHS help page for example states that:

“An increased risk of miscarriage is not linked to:

About 1 in 100 women experience recurrent miscarriages (three or more in a row) and more than 60% of these women go on to have a successful pregnancy.”

What do I do if i think I am having a miscarriage?

Call your GP. Now. Call them. You may have already told them you’re pregnant. Tell them how many weeks you are. Usually if you’re under 7 weeks a scan wouldn’t show much but a sack and there is very little you can do but to rest. I mean it. Go home. Put your feet up. Be SELFISH.

If the bleeding doesn’t stop monitor how much and what colour it is. Are there clots? Is there white shredded stuff (tissue)? Is it just on the toilet paper or are you filling up a pad?

If it’s heavy bleeding there is plenty of anecdotal evidence on forums from women who have bleeding and clots but are still pregnant at the end of it. But there is very, very little you can do about it either way. Just rest.

If you’re past 7 weeks they will usually bring you in for a scan or you can opt to go to an early pregnancy walk in centre. Take your partner or a best friend or your mum or dad or sister- I mean it. You need support. Most counties will need to refer you to a women’s centre. This is unfortunate as you’ll sometimes have to wait with very pregnant women (I know – it’s horrific).

For me the first signs of my first miscarriage was constant light brown spotting after my positive pregnancy test which turned into bleeding over three horrific days at home just staring into space and with the third it was just a niggling feeling something wasn’t right confirmed with an ultrasound at 6 weeks. One friend only noticed as she kept doing tests and they got fainter (I do NOT advice this – they are not designed for this use). 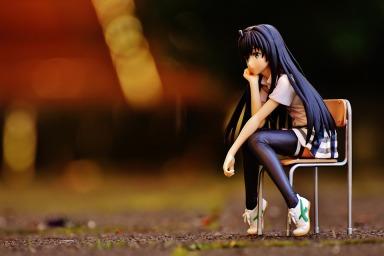 It will hurt. Taking your name off the birth boards and having the odd update on your baby’s progress will sneak through on your email. Seeing women who are due when you would have been due is also gutting.

If you feel you need to speak to a councillor. I saw one for a few months and she made all the difference.

Let your body have a few months to get back to normal or go ahead and get trying again. It will upset your temps and your periods may be a bit wonky donkey. Most doctors tell you to get right on it afterwards (usually they like you to wait a month as it gives you a more accurate due date) and other will want you to wait in case of infection. Either way, please wait until you stop bleeding to resume sex as you are more prone to infection.

Tell people if you feel you need to – this is not something to carry around like a secret shame. You were pregnant. And now you’re not. If you want to share this with people, do so. People need to respect your loss. It also helps friends to be sensitive to your feelings and family to support you when you ask.

The Ancient Myans believed in celebrating all life including miscarriages as if they had been living people. If you want to, have a goodbye ceremony. DH and I popped a bottle of bolly, lit a candle and said goodbye to the potential little life we had flushed down the loo. We loved it no less for being just a bundle of cells.

Myth Busting – I hear I’m more fertile after a miscarriage?

Sorry, there is no science to back this up. However the advice of many doctors is that unless you’ve had a D&C or you’re feeling emotionally unstable, go for it! If you want to try for kids again go ahead. There is some evidence that women who have suffered recurrent miscarriage do conceive more often than the average woman but no concrete research can back this theory up.

Read here for more information on this subject.

My 10 steps for coping

If like me, you are in the 1-2% of women who have had 3 or more miscarriages, speak to your GP about being referred to the Recurrent Miscarriage Unit near you as soon as that third miscarriage occurs. Your GP can also often run some bloods before your appointment which may shed some light on any problems before your visit. If you haven’t had a diabetes blood test you can request this as well as thyroid levels, vitamin D and sometimes anything for blood clotting disorder (see list below at the end of the page).

Always ask for your results so you can take them with you to the clinic. Somethings will be pretty obvious but your GP may want you to have these tests at the clinic – it’s worth pointing out to them that you can arrive at your appointment fore armed however. They will also want you to have had an ultrasound of your pelvis done to check all is well so organise that with your GP before you go too. If your GP isn’t playing ball, ask to see another doctor.

Remember, most miscarriages often aren’t the fault of anything but bad luck and bad chromosomes. The body knows when something isn’t right and although it doesn’t feel it when it happens, it’s better to have something go wrong earlier rather than later. This doesn’t help the feelings of frustration but help is out there.

Tommy’s have a wonderful site for help for miscarriage as does The Miscarriage Association. Tommy’s also have some very inspiring stories in their #misCOURAGE campaign.

Tests to request for recurrent miscarriage

An interesting test to ask for if they put you for karyotyping testing  (chromosomal abnormalities that you might be passing on – these are incredibly rare so the NHS isn’t doing as many of these until you have had up 5 miscarriages) is testing for the MTHFR mutation which can have all sorts of knock on effects to your ability to carry a baby to term.

It is also a confidence boost that if you have had recurrent miscarriage and you have an ultra sound showing a heart beat at 6 weeks the statistical likelihood of miscarrying falls to 74%, to 98% at 8 weeks and then 99.4% at 10 weeks. Please see this study for more details.

The Miscarriage Reassurance site is also a great comfort for many women in any position of stress or worry.